A LIVE 24-hour global chant experience April 20-21 starts off a month of profound, provocative, inspiring conversations with a diverse panel of global thought leaders. Register to get access to all that, plus LIVE panel discussions and LIVE interactive chant experiences throughout the month. Together, let's explore ancient and innovative subtle activism practices for a vibrant future! 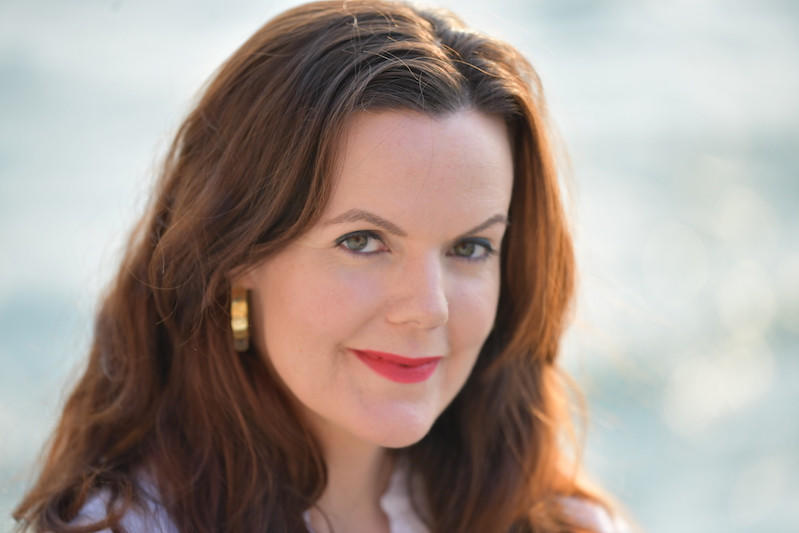 Founder of the Heart of Sound and the Mantras for Peace collective service project interviews most of our speakers. 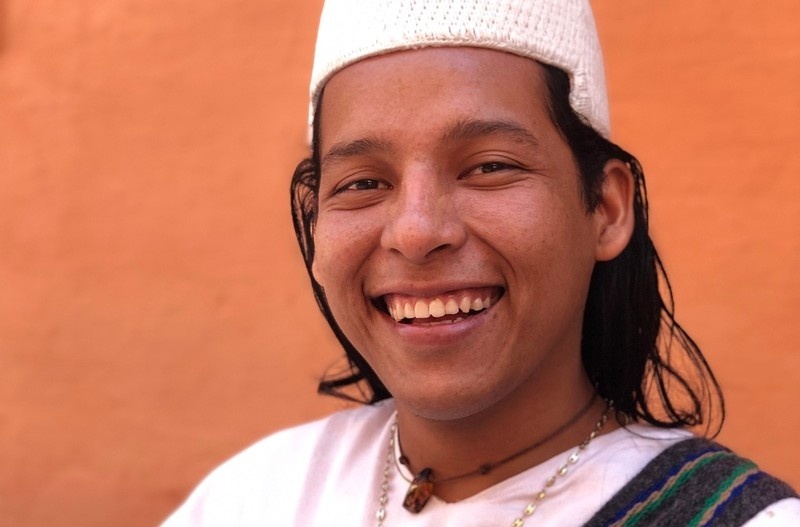 Lineage keeper of the Arhuaco medicine shares his family's wisdom and vision for a future of harmony. 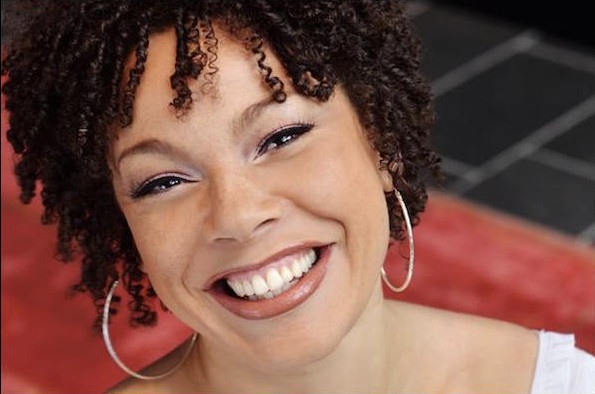 The founder of The Institute of Authentic Tantra Education speaks on pleasure activism for developmental and racial trauma healing. 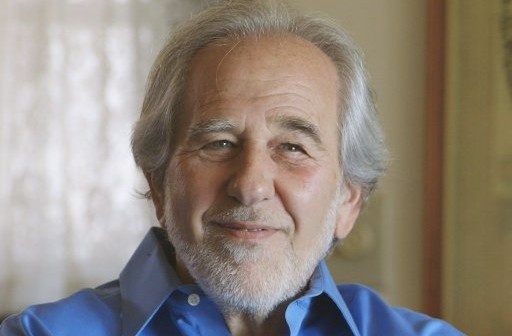 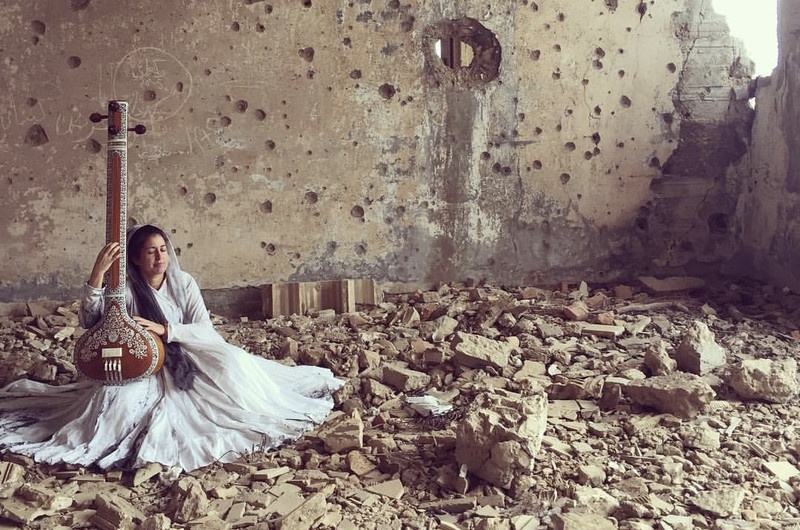 Artist, activist, and TED fellow speaks about her life's work of peacemaking in Lebanon. 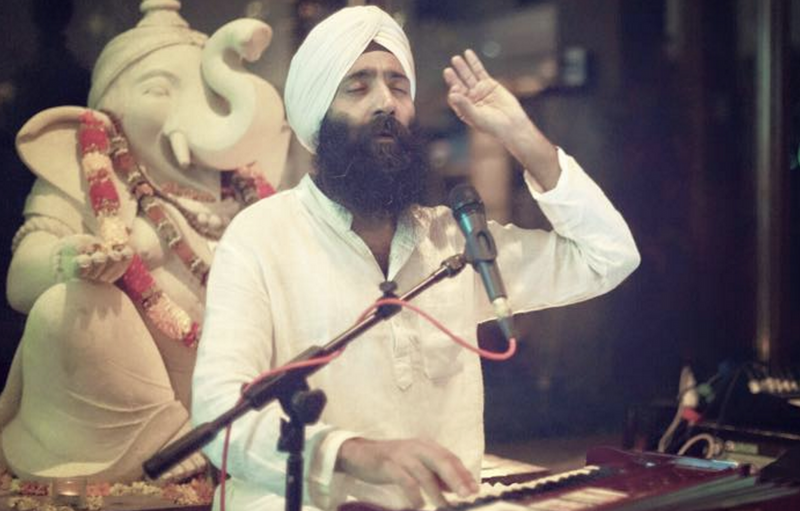 Sikh and multicultural devotional musician speaks on the power of sound and mantra for transformation. 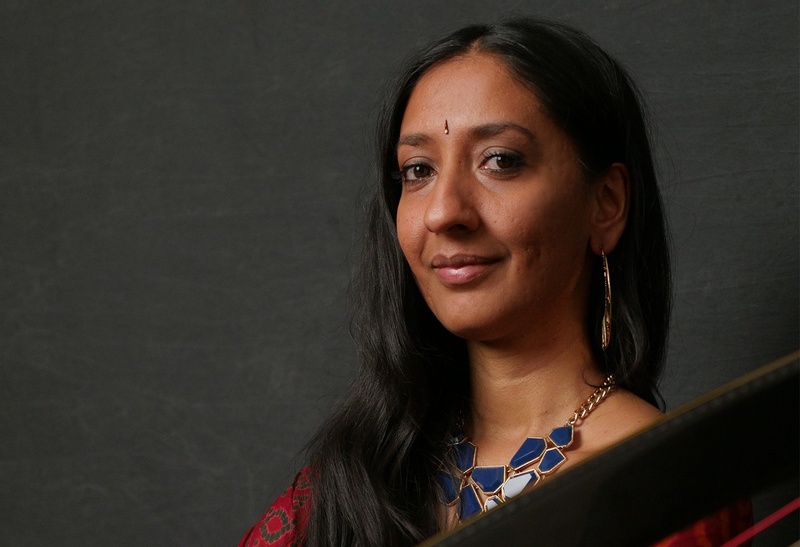 Multi-instrumentalist and vocalist shares her passion for the Indian traditions of mantra and music. 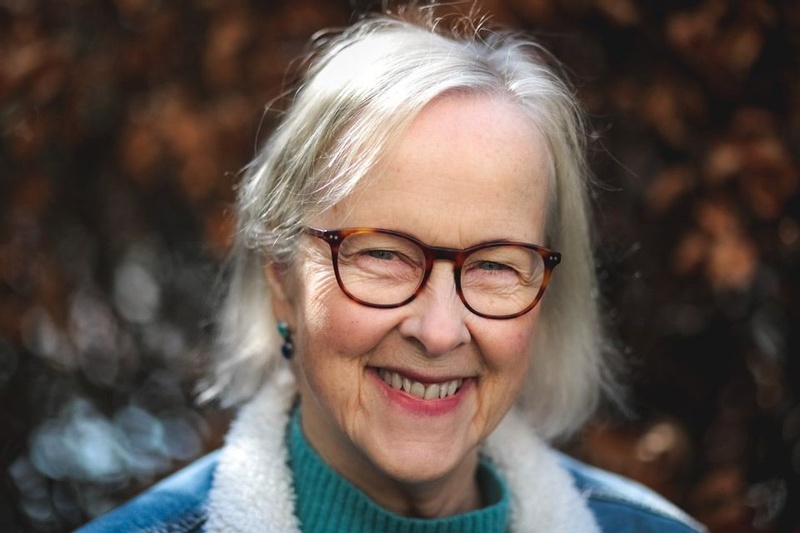 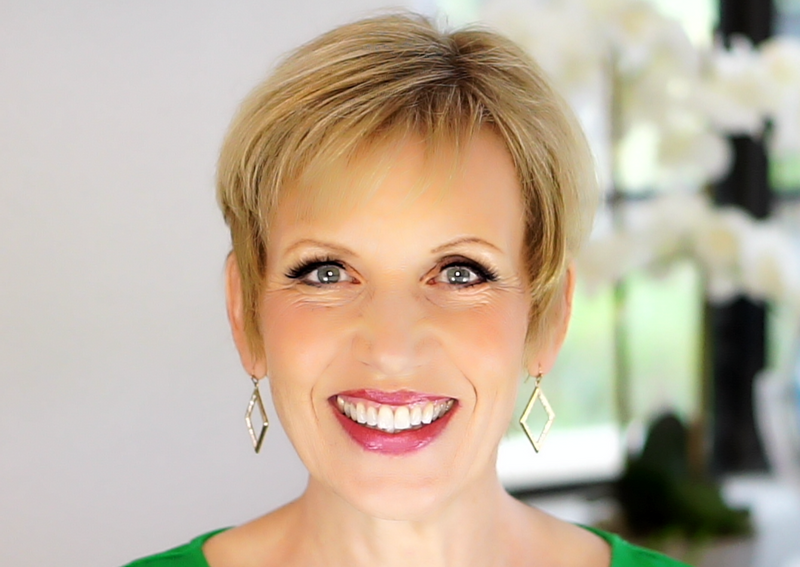 Top marketing expert discusses how to use social media as a personal peacemaking practice. 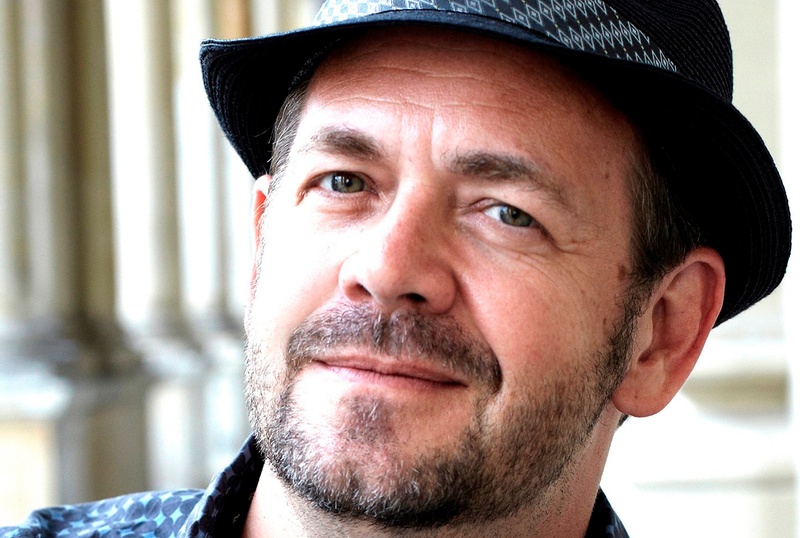 Kīrtan leader explains the good drugs our brains make when we chant, whether we believe in it or not. 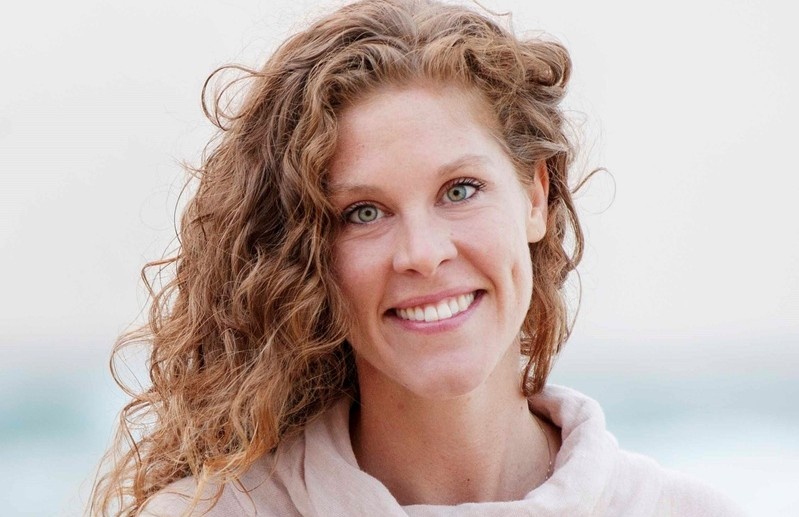 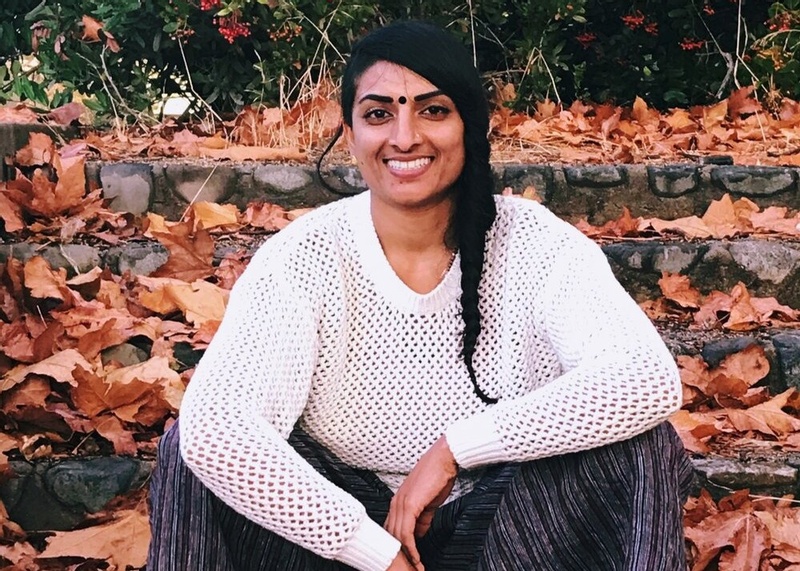 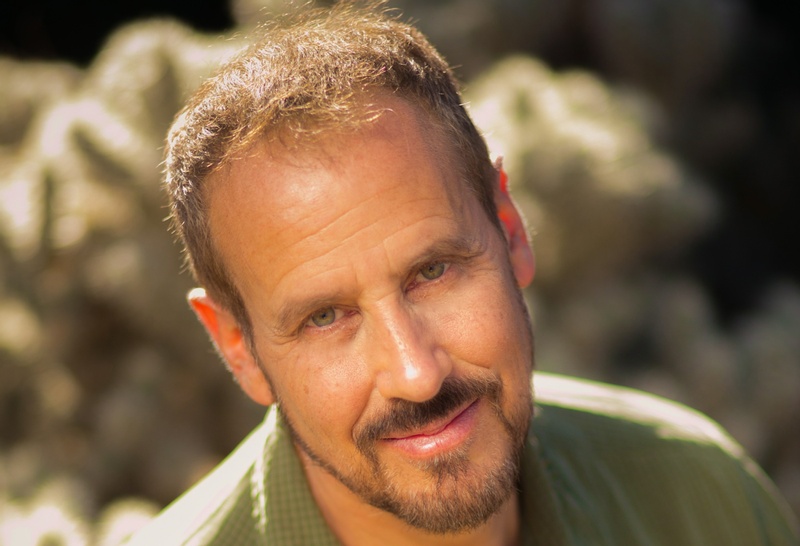 Musician muses on self care and compassionate response within a fracturing wellness community. 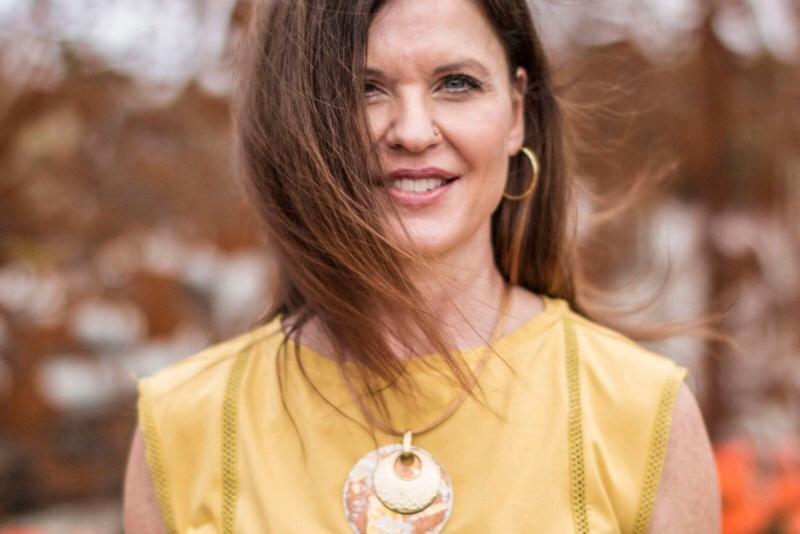 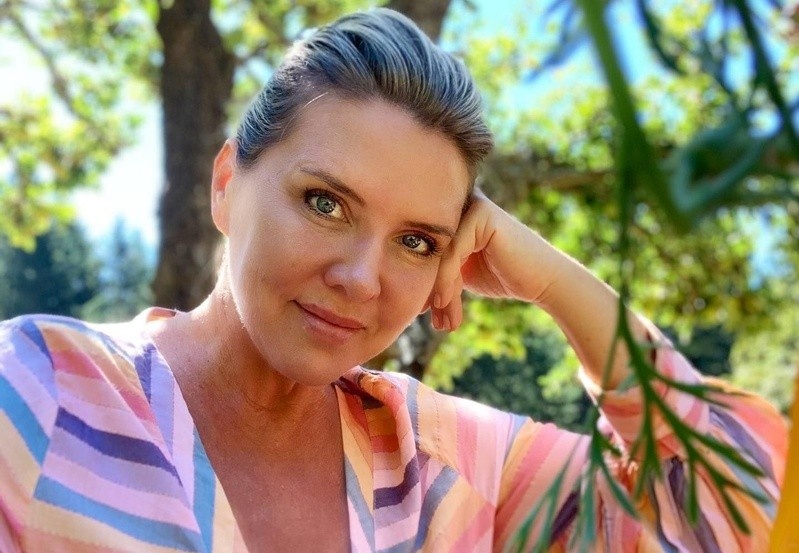 Futurist, author, and entrepreneur paints a picture of resilience through sound, voice, and mantra 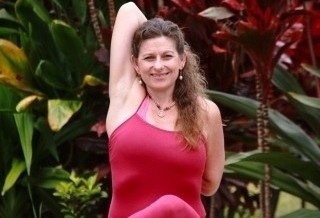 Yoga philosophy teacher brings to life the timeless universal wisdom of the sūtras. 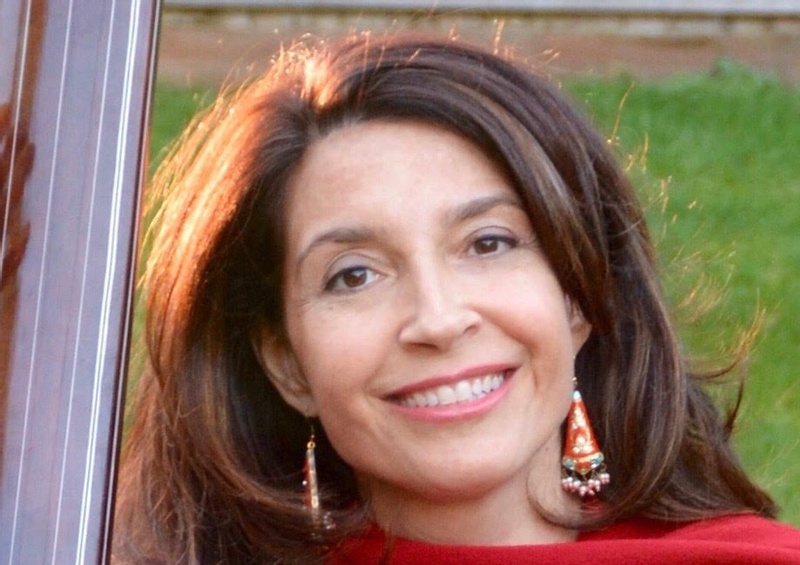 Vocalist demonstrates the raw power of the voice's healing power in a candid, heartwarming sharing 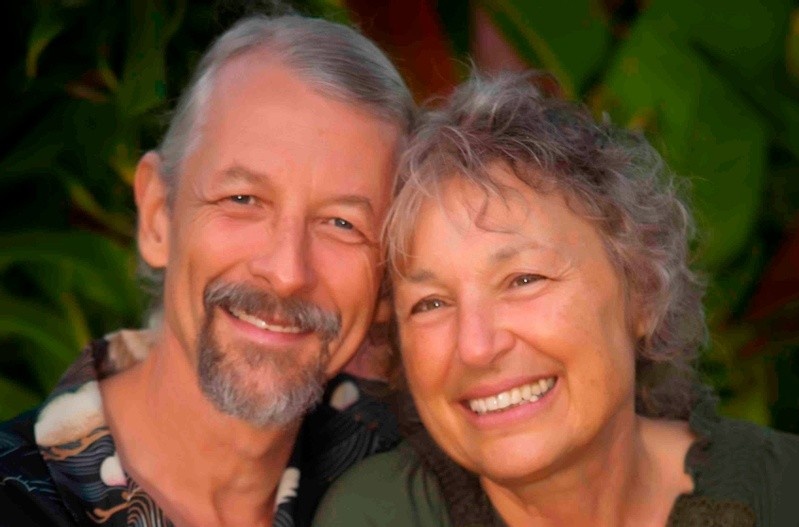 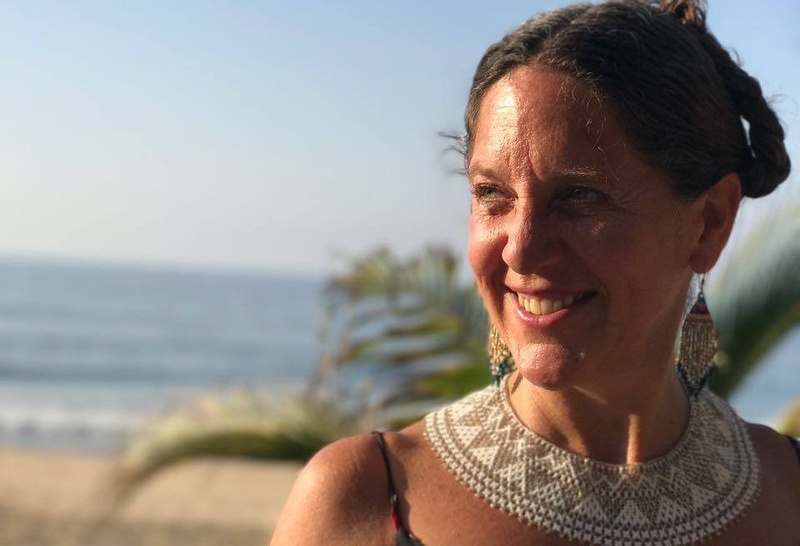 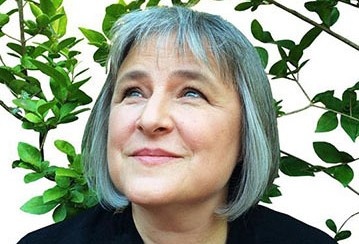 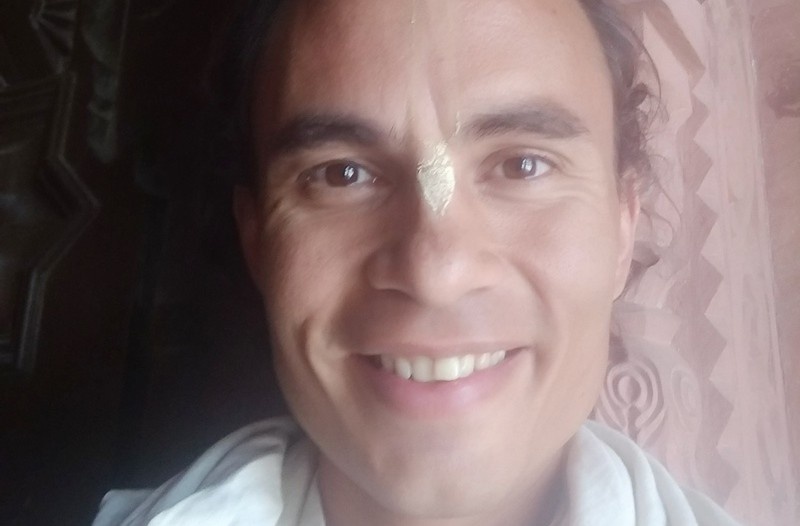 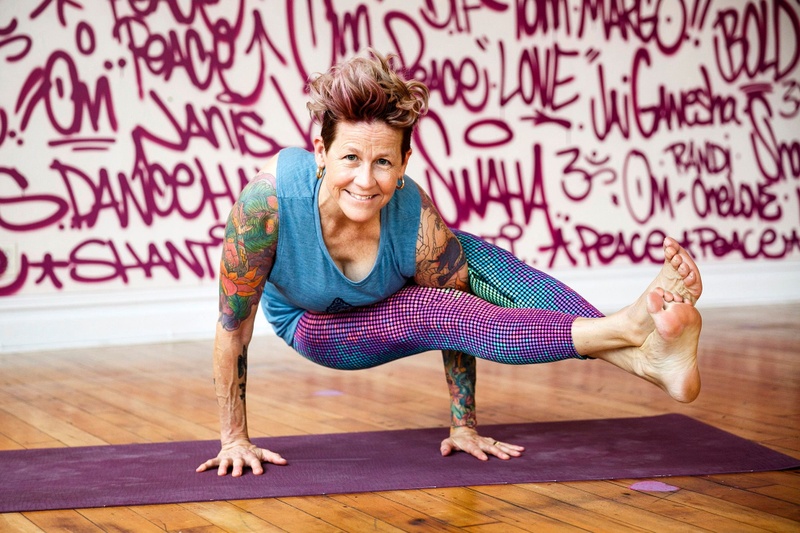 Often radical yoga teacher on how chanting saved her heart and her life.

+ PLUS additional presenters that make this Wisdom Gathering literally sing with hope and good vibrations!

For 24 hours from April 20-21, 2021, we'll be filling our Facebook, YouTube and Instragram video feeds with peace mantras, straight from the heart. Are you a chant leader? We invite you to lend YOUR voice to the "peace channel" by leading a chant experience to be shared with the world.

Add YOUR voice to the "peace channel!" and chant along with a group of Heart of Sound students in the video below:

May all the beings in all the worlds be happy!

Please help us spread the word about the 2021 Mantras for Peace Wisdom Gathering! It's an all volunteer, free forever event with no spam and no upsell. :)

More About Mantras for Peace

Watch and learn: How does the Yoga of Sound work? How does accurate, loving Sanskrit pronunciation embody the resonance of mantra? What if I can't sing? How can mantra help me become an instrument of peace?

Thanks to the efforts of our all-volunteer team, the Mantras for Peace project has inspired thousands to engage in a daily peace chanting practice.

The project has been featured in print, radio, and web media too numerous to mention, in several languages and on several continents.

However, we feel we're just getting started! If you have a contact for us, please let us know. Thank you! 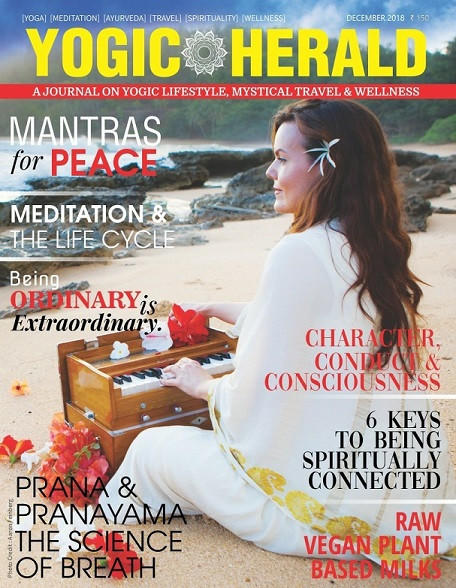 “Once you install the mantra within your being, it starts resonating. It starts cleansing the physical, mental, emotional, intellectual and bliss bodies. It makes you more and more peaceful, calm, and happy! Whenever I’m disturbed by any situation, if I chant, I am relaxed and power of mantra and music tunes the environment all around me."

Punnu Singh Wasu is an Indian vocalist, musician, songwriter, and multi-instrumentalist. He was born and raised in Hyderabad, India into a family that has a true love for Kirtan and spirituality. He began studying harmonium and singing at the tender age of 5. At age 10, he moved on to learning Hindustani (Indian Classical Music) while traveling with his father throughout India singing the beautiful verses of Kirtan. Nowadays Punnu performs Kirtan, Xtatic Kirtan, Indian Fusion, Indian Classical music, Sufi, Bollywood music as well as Sound Healing. He also has his own Kirtan Academy for studying devotional music and traditional Indian instruments as well as Sound Healing Academy and leads music workshops in combination with yoga & meditation.

Punnu recorded and released his first album Bhakti Child in 2011 followed by Karuna in 2013. His third album Sathgur Daata will be released shortly. He shares his vast knowledge and experience of more than 35 years in his meditation classes, workshops, Meditation Teacher Trainings, Advanced Meditation Trainings and Yoga Nidra Teacher Trainings at his workplace The Yoga Barn in Bali and  all around the world. 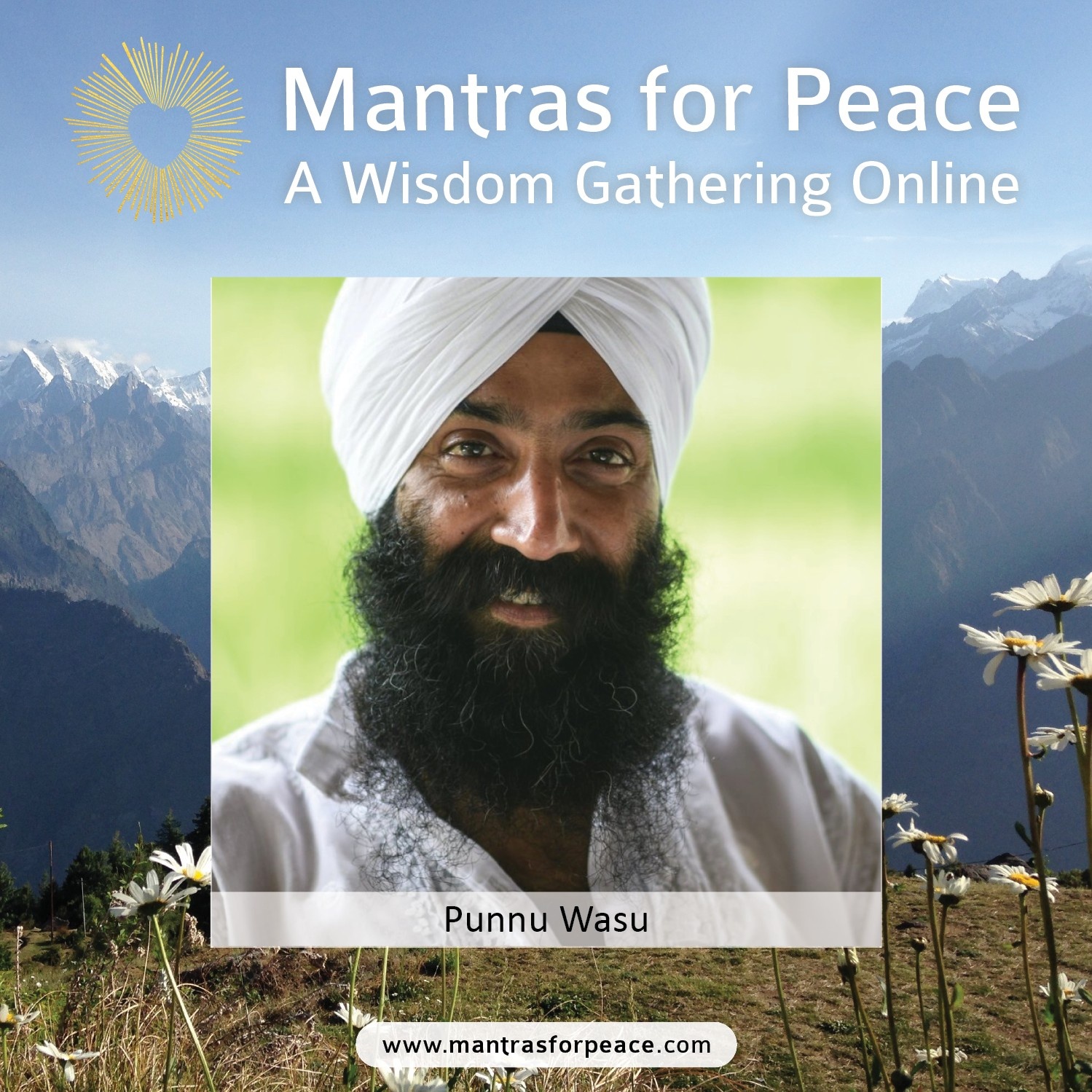 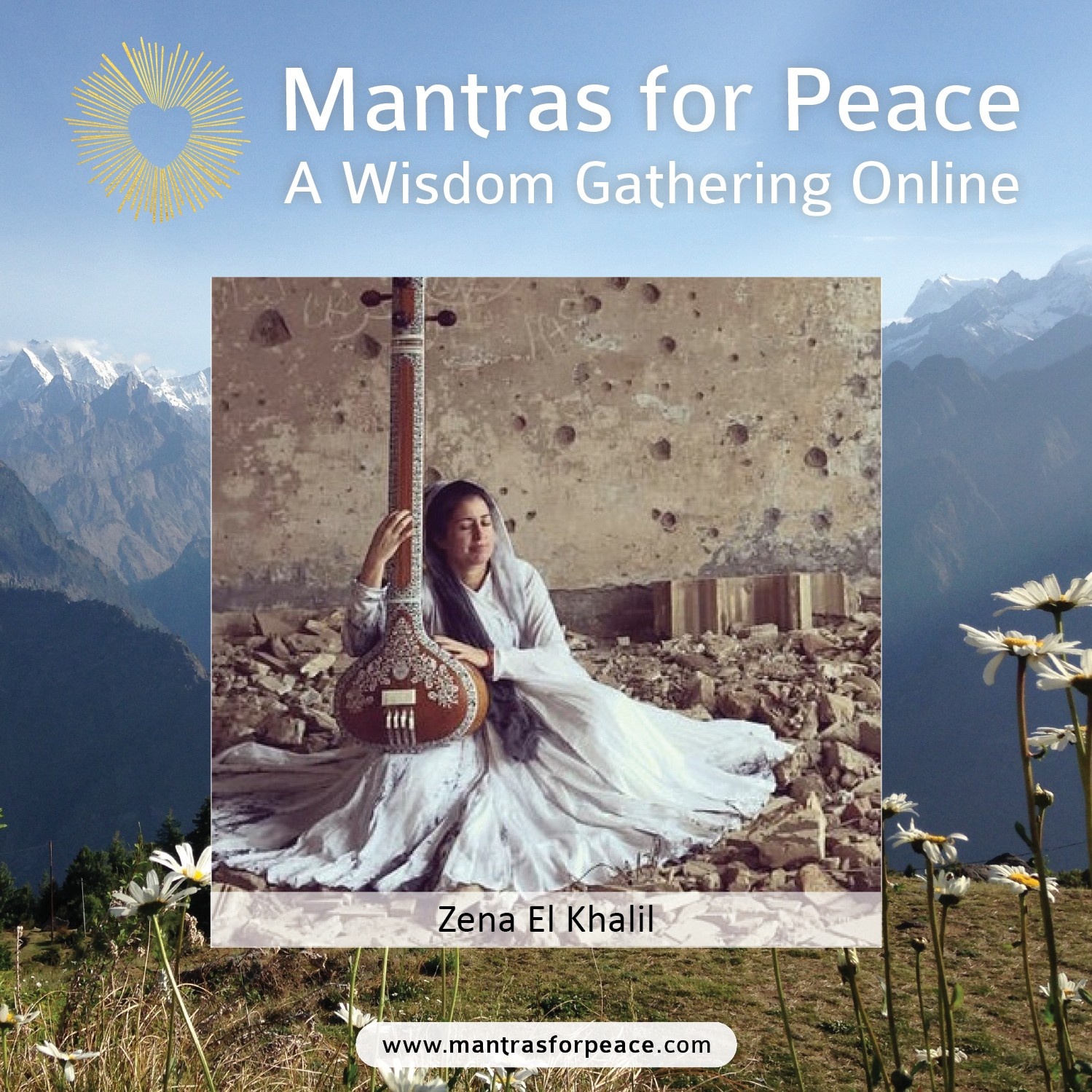 “At the beginning of my career, my art was about raising the issues of patriarchy in Lebanon. After a period of introspection and awakening, instead of finger pointing, I started to look at the former militia men in power as mirrors of myself. I started to ask in my art “How can I bring them into my heart? How can love transform? How can I be a vehicle for love?”

Zena el Khalil believes in the positive impact that art can have on the world. Born year of the Dragon, she is a visual artist, writer and Nāda yoga instructor based in Beirut. Her work includes mixed media paintings, installations and performance that focus on creating a culture of peace through love, compassion, forgiveness and empathy. She holds a Masters of Fine Arts from the School of Visual Arts in NYC, a Bachelor of Graphic Design from the American University of Beirut.

"When on social media, develop your soft skills.  Go beyond the glimpse, be discerning and listen,  go deeper into what you choose to engage with … have empathy and compassion for what you find.  Before you hit the send button, ask yourself, ‘What is my deepest intent?’ this will keep your ego in check and allow you to respond with empathy."

Often referred to as “the Queen of Facebook,” Mari Smith is considered one of the world’s foremost experts on Facebook marketing and a top Social Media Thought Leader. Forbes describes Mari as, “… the preeminent Facebook expert. Even Facebook asks for her help.” IBM named Mari as one of seven women who are shaping digital marketing. She is coauthor of Facebook Marketing: An Hour A Day, and author of The New Relationship Marketing. Mari also has a passion for personal and professional development and helping raise consciousness on the planet; she is a founding member of ATL (Association of Transformational Leaders) and a member of TLC (Transformational Leadership Council). 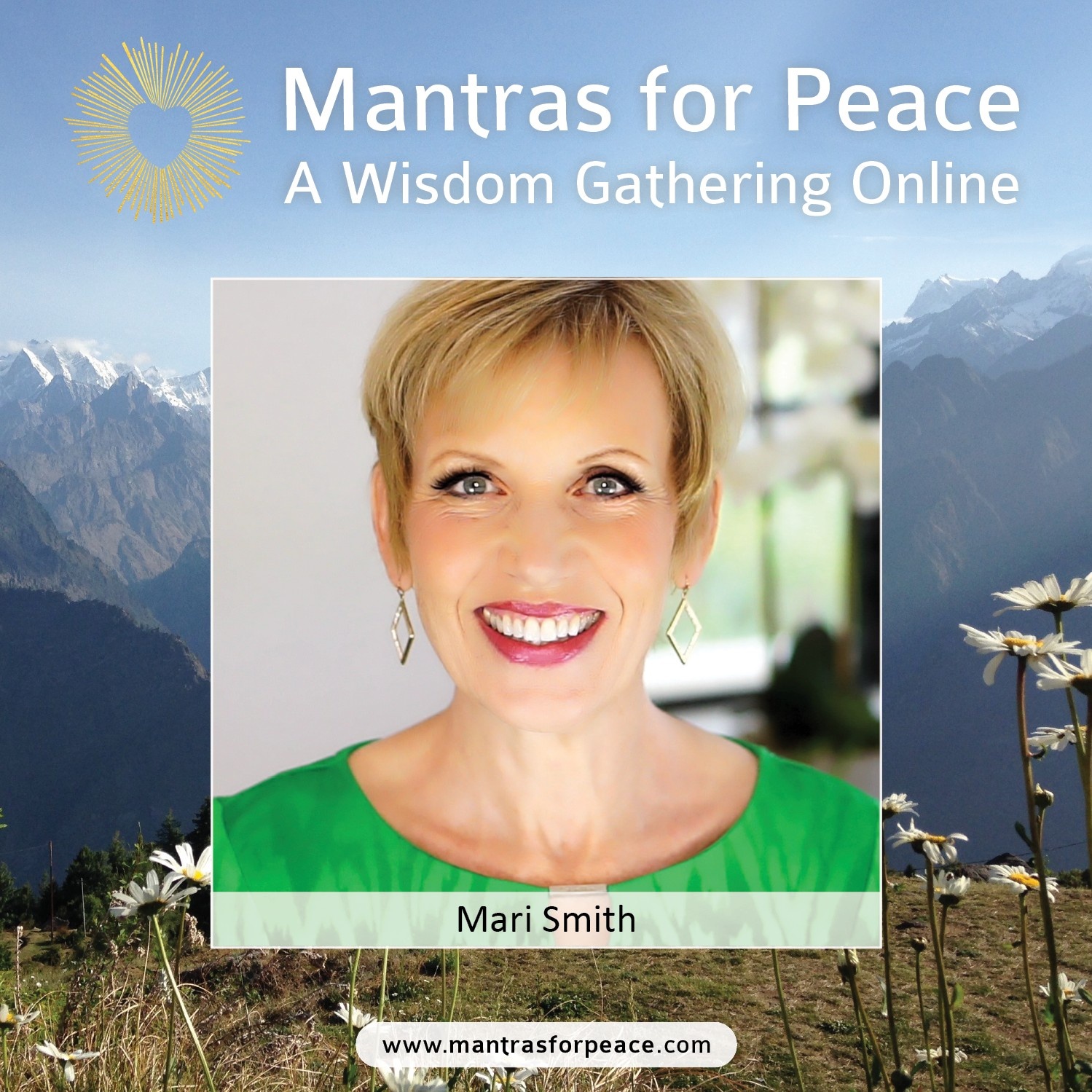 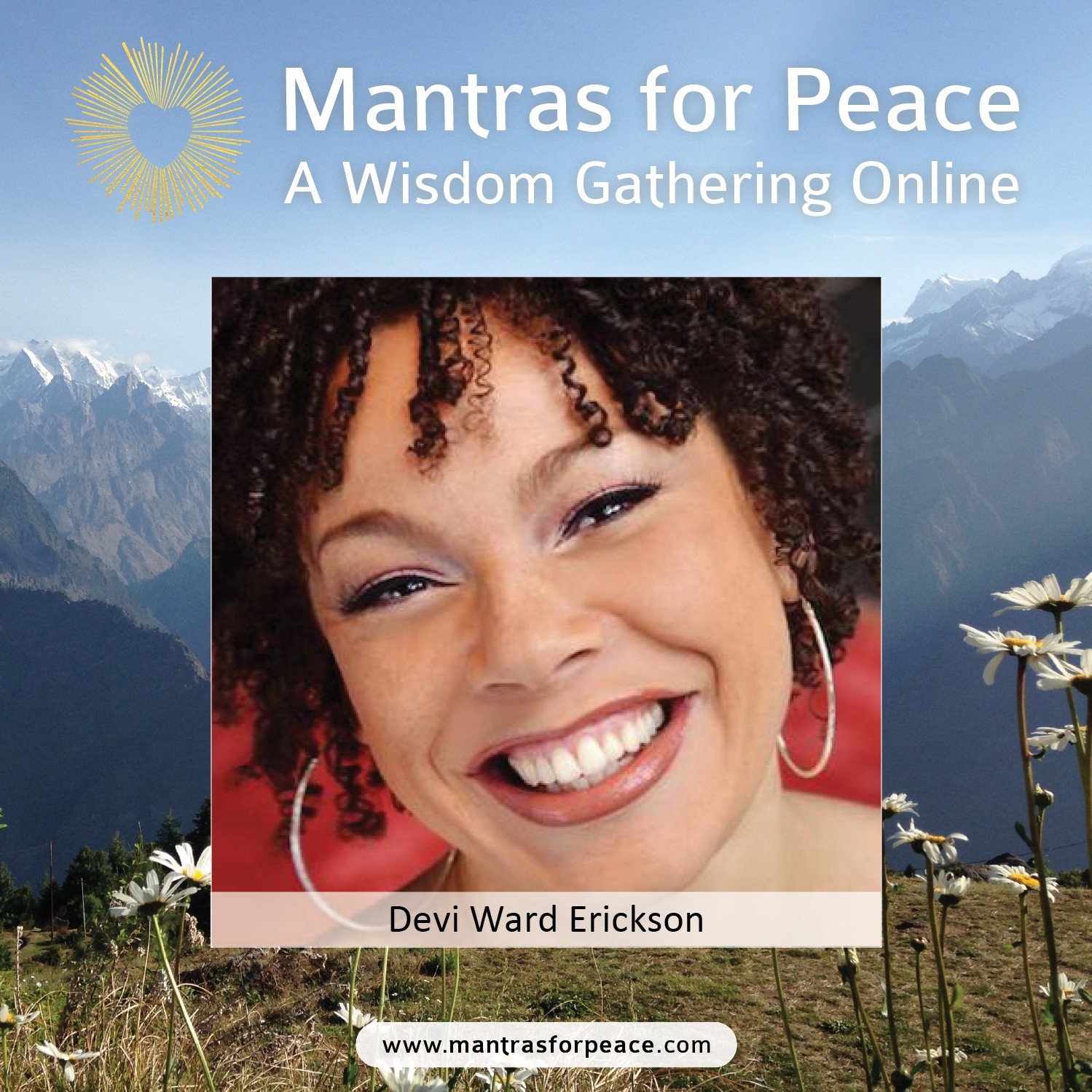 "My lineage of Tibetan Tantrik practices was founded by women. Most of the other (patriarchal) traditions end the central channel at the navel; they totally erase the pelvis! We understand that during orgasm the moving prāṇas brush the central channel, giving us a glimpse of enlightenment. I think it is a travesty of justice that we as human beings don’t have instruction on how to make our orgasm last for more than 10 seconds... to be more than a genital sneeze."

"We can weave together peace, pleasure, and polyvagal theory; it’s only when you’re in deep relaxation and not in a defended state that you can actually feel pleasure. Your peace is not just your key to walking in the world in an undefended state, it’s opening the doorway to enjoying your given embodied life."

Christine is the founder of Rosebud Woman. She has a deep interest in women's wellness and the liberation of all people. She hosts a weekly podcast, the rose woman, and writes weekly letters on love power and womanhood to more than 30,000 people. As a yogi, bhakta, tantrika and mystic Christian, Christine draws on ancient wisdom, while working with current modalities including neuroscience informed collective trauma healing. She's authored seven books, and is the co-founder of Sundari, an experimental community, meditation center and medicinal farm on Hawaii. She's appeared on radio, tv, print and podcasts (from NPR to Vogue to TEDx), speaking on conscious entrepreneurship, freeing the mind and body, activism and sexual and intimate wellness. She's a mother of four and a grandmother. She's taught yoga and led chant, alongside Adam Bauer, all over the world, from Argentina to India. 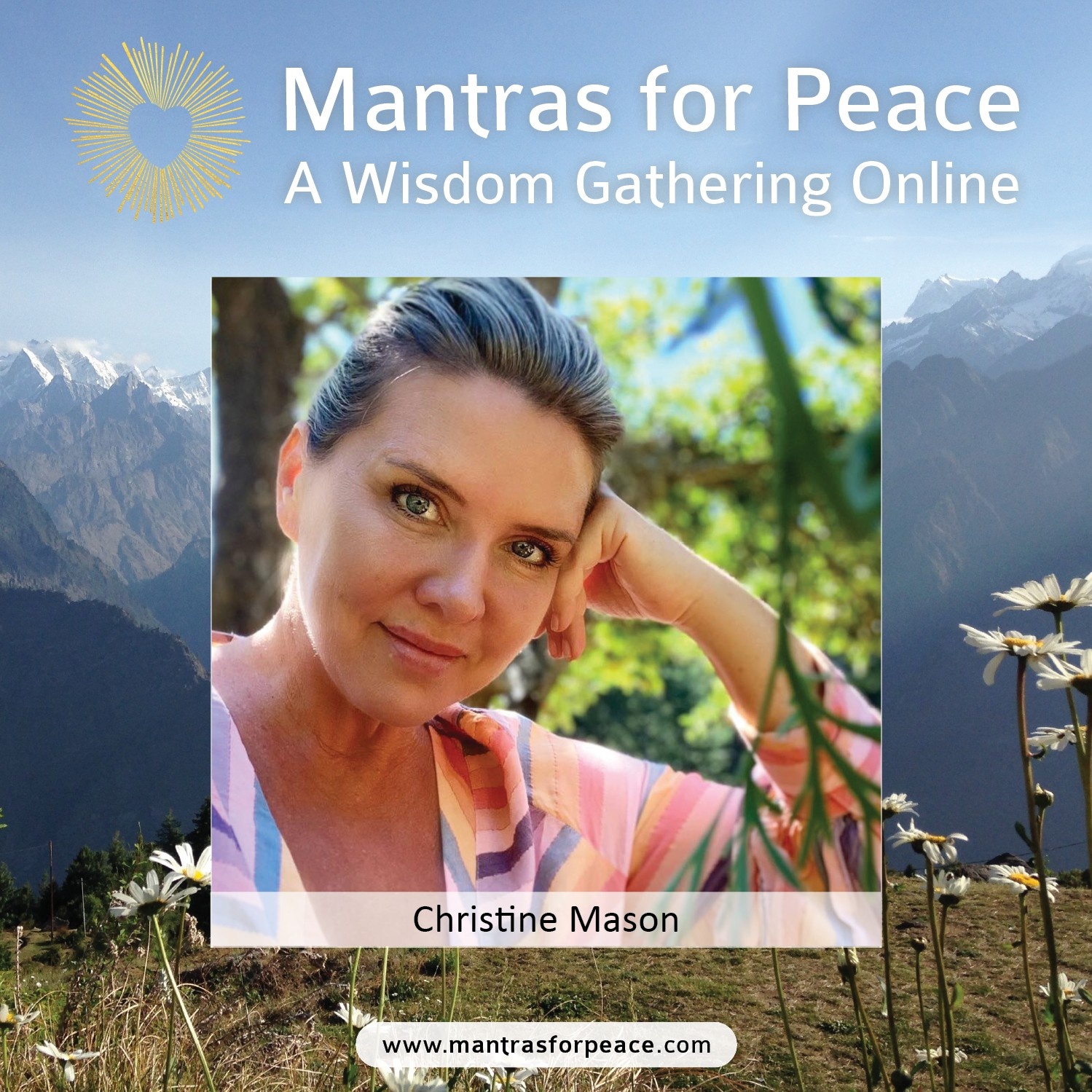 We invite participants to think, chant, or sing simple mantras for peace at least once per day for 108 days.

A mini-training on peace mantra pronunciation, including handouts, promotional graphics... and everything you need to host your own event!

Please help us spread the word about the 2021 Mantras for Peace Wisdom Gathering! It's an all volunteer, free forever event with no spam and no upsell. :) 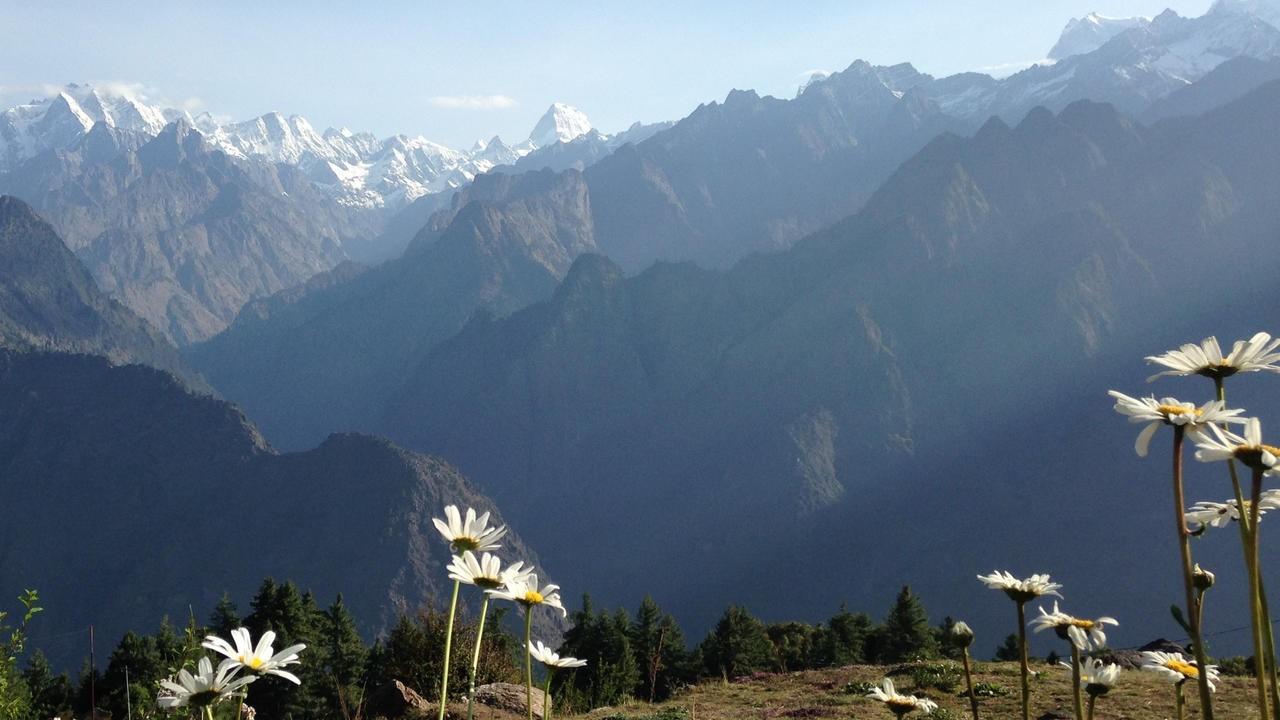 Register to secure your spot now and get access to the online gathering.